Launch Into the Deep

For with God Nothing shall be Impossible...... 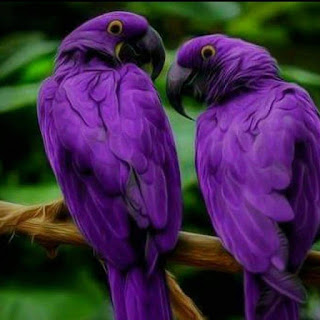 "It’s been more than 14 years since this happened but I still remember it like it was yesterday... One cold winter day in February 2002, I left my office in the middle of the afternoon and walked to a local park. I found myself standing on the pitcher’s mound of a Little League baseball field. I looked up at the sky with tears in my eyes.

“God, why is this happening to me!” I cried.

No answer came. But in that moment of raw honesty, I sensed someone had at least heard me. My company’s sales had nose-dived with the economy in the months after the 9-11 tragedy. Our credit cards and credit line were maxed out. Even though I’d helped many authors and experts promote their books, grow their businesses, and make a lot of money, I was now in a situation where I was almost broke.

I was scared, angry, and didn't know what to do. How was I going to explain to my loyal employees that I could no longer pay them? What would I say to my wife and three young kids? I went back to my office uncertain about what to do. A few days later, my brother and business partner Bill said, “Steve, we’re really in trouble financially.

If you don’t come back from LA with at least twenty-thousand dollars we’re going to have to close up shop.” He was referring to a conference for aspiring authors in Los Angeles where I was scheduled to speak the following week. I spoke every year and people would tell me how much they loved my talk. But I was lucky if I brought in $2,000 to cover my expenses. How was I possibly going to bring in TWENTY-THOUSAND???? Fortunately, Bill and I have always had the habit of continually investing in coaching, seminars and trainings.

In fact, even today, I pay five different coaches and consultants to help me be at my best. I started to recall some of the things one of my coaches had taught me about how to give an effective speech without making it some kind of heavy-handed sales pitch. I made a few adjustments in my presentation and flew to Los Angeles. As I was being introduced to the audience, my heart was beating 1,000 beats per minute.

This could be the final hour of my business and nobody knew but me. I said a quick prayer with my eyes wide open and began. It wasn't a GREAT speech. My PowerPoint stopped working in the middle of the talk. I stumbled over the details of one of my stories. But somehow I felt the audience was with me. I also incorporated the advice I’d received from my marketing coach.

A few minutes before I was going to finish, a woman in the audience stood up. She got out of her seat, came down the aisle and was heading very quickly straight toward me. What was she doing? Did she have a complaint? Then I noticed she was holding the yellow order form I had handed out. She simply smiled and handed it to me.

Then another person came up... and another... Before I’d even finished speaking, dozens of people in the audience had come forward and were handing in completed order forms for the $1,700 package I was offering. I couldn't believe my eyes. In that very moment something else happened which usually doesn't happen to me. A picture came to mind. I remembered a story in the Bible where Jesus tells a bunch of skeptical fishermen, who hadn't caught anything after fishing all night, to put their net on the other side of the boat. They obeyed reluctantly.

Suddenly so many fish were pouring into their nets that the nets started to burst. As strange as this might sound, I now felt like one of those fishermen experiencing a miracle. I didn't bring in $20,000 that day. I brought in $67,000!!!!! And as great as that felt, I had something even greater: a profound experience of the truth that God sees me and loves me.

I’m convinced that even if I hadn't made any money that day, God would have figured out some other way to help me and provide for my needs. If you were to say to me, “Steve, your results changed dramatically simply because you improved your speech and the way you marketed what you do.” I would say, “That’s true but it’s not the ENTIRE truth!" I believe both God AND my improved marketing deserve the credit. But you don’t have to agree with me.

You can achieve all your goals, sell millions of books, touch millions of lives, and make millions of dollars without believing in any kind of higher power whatsoever. But in sharing this story, I wanted to make sure I told you the whole truth from my vantage point. That success set me on a whole new path of showing authors, speakers, experts and entrepreneurs how to achieve their dreams – whether they’re struggling like I was or simply want to multiply their current success.".......

This marks my 10th year of blogging;

Posted by Emmanuel Sodipo at 10:43 AM No comments: