Nigeria - Faith in the Balance 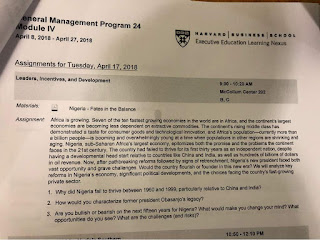 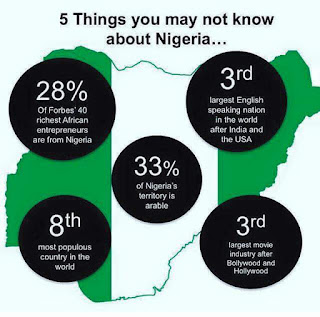 Case Study:
Africa is growing; Seven of the ten fastest gowing economies in the world are in Africa, and the continent's largest economies are becoming less dependendent on extractive commodities. The continent's rising middle class has demostrated a tastefor consumer goods and technological innovation and Africa's population - currently more thana billion people- is booming
and overwhelmingy young at a time when population in other regions are shrinking and ageing.

Nigeria, sub-Saharan Africa's largesteconomy epitomimizes both the promise and the problems the continent faces in the 21st century. The country had failed to thrive for its first therty years as an independent nation, despite having a developmental head start relative to countries
like China and India, as well as hundreds of billions of dollas in oil revenue.

1 Why did Nigeria fail to thrive between 1960 and 1999, particularly relative to China and India?
2 How would you characterize former president Obasanjos legacy?
3(a) Are you bullish or bearish on the next fifteen years for Nigeria?
3(b) What would make you change your mind?
3(c) What opportunities do you see?
3(d) What ae the challenges (and risks)?

Add to the global body of knowledge with your comment


Posted by Emmanuel Sodipo at 9:32 PM No comments: