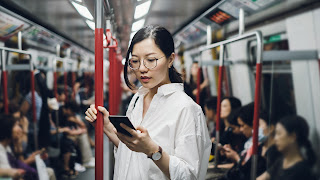 “Here in China, many are willing to take high risks and live their entrepreneur dream to the fullest. They are working with a ‘try fast and fail fast’ mindset, and function within a more flexible legal environment than in the West in terms of data privacy and security,” said Charles Bark (CEO of Hinounou, a digital healthcare platform trying to help seniors live healthier lives)

• China's transition from manufacturing hub to tech hotbed has largely been driven by government policies.

• Collaboration between industry and academia in Zhongguancun, China’s Silicon Valley, has created a nurturing environment for start-ups.

• The country's immense domestic market is an environment in which competition drives success.

With a median age of 38, China is not as young as the other Asian demographic giant, India, whose median age is just under 27. The demographic picture in China is an inverted pyramid caused by China’s one-child policy, launched in 1979.

One child is the recipient of two generations of money, love, attention, dreams — and huge amounts of pressure result in generational spending power that is pretty astounding

According to both McKinsey and Bain, China will account for roughly half of all global luxury spending by 2025

See You at The top

Posted by Emmanuel Sodipo at 1:41 AM