"In science all facts, no matter how trivial or banal, enjoy democratic equality"....... Mary McCarthy 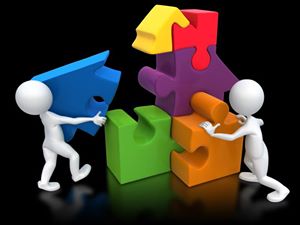 We are undergoing a whole lot of “creative destruction.” first coined by Marx but popularized by Joseph Schumpeter,

Simply stated; it is a way young companies with superior technologies or processes invariably unseat established ones.
Old ways of doing things are replaced by better ones. There is pain as companies go out of business and people lose jobs, but ultimately there is gain as the new market establishes itself.

People grow, coral reefs and even jungles grow — but eventually, they stop. They reach a level of maturity where health is not about getting bigger, but about sustaining vitality.

The whole system learns to maintain itself over time, without the obligation to grow.
Corporations in particular are duty bound to grow by any means necessary. There’s no such thing as “big enough.” corporations must grow in order to survive.

This requirement of corporations have had a pretty long successful run as the way of a dominant business entity.

However; Uber a creative destroyer of the current taxi industry. It styles itself as a way of connecting drivers and passengers. According to this way of processing, it is primarily a platform and payment system, not a taxi service.

By calling itself a platform rather than a taxi dispatcher, Uber has been able to work in a regulatory gray area that slashes overhead while inflating revenue. This is how Uber can be valued at over $18 billion while many of its drivers make below minimum wage after expenses.

Uber's path to success involves destroying hundreds of independent taxi companies in the markets it serves.

On the surface, it’s the creative destruction of centralized taxi commissions and bureaucracy. The result, however, is the elimination of independently operating businesses, replacing them with a single platform.

Market pricing and competition are replaced by a monopoly’s algorithmic price-fixing.
It’s like big fish swallowing up smaller ones until one big fish remain. And with enough influence, that big fish can change the rules.

They are playing a winner-take-all competition.

In this game, there’s only room for one. A winner take it all while everyone else gets nothing.