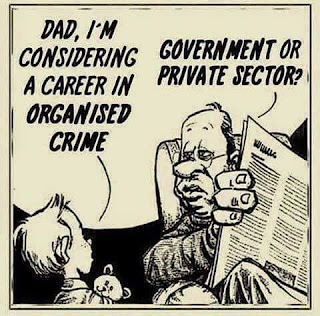 Joshua Brown, a 40-year-old entrepreneur and technology enthusiast from Canton, Ohio, was cruising  his Tesla Model S sedan at 74 miles per hour in self-driving Autopilot mode when suddenly a tractor-trailer turned across his path. The Tesla failed to register the white tractor-trailer and
Mr. Brown didn’t engage the brakes in time. He died.

Researchers are trying to predict its impact on jobs.
- Optimists suggest that intelligent machines will free human workers to do more
“creative” tasks
- Pessimists predict huge levels
of unemployment, as nearly half of existing jobs appear prone to automation. Hence, extinction
.
This view, in effect, calls for a re-examination of what a “job” actually is:
-How it is structured?
-How it should be reconfigured?
-How should companies rethink the value of a job, in terms of increased performance?
-What set of skills should companies invest in?
-Which jobs should remain within the company or outsourced?

This view further challenges modern culture of capitalism; how to generate a sustainable economic growth that is built on high-value well-paying jobs which is at the core of entrepreneurial societies.

Lets look at an interesting viewpoint from Martin Sorrell (CEO WPP):
"I’m actually somewhat suspicious when people use the C word—“culture”—because it’s often used by people who don’t want to do what we want them to. That said, several things have radically changed organizational culture. One is technology. Digital is now 40% of WPP’s business; data is 25%. Then there’s the fact that we operate in 113 countries. It’s impossible to run the company from the center; you have to have local sensitivity. Lastly, we now need to be purpose-driven, to appeal more to customers, to clients, and to our own talent".

With this redefinition of work, the male specie is the most endangered;for generations, he took pride in adapting to physical nature ofwork to care for his family, he now has no physical advantage over the female specie.Perhaps, it played out well for him in the recent US election with a Trump win, but for how much longer?

My mania for analysis exhuast me, excites her but educates us........Emmanuel sodipo

See You at The Top
Posted by Emmanuel Sodipo at 7:45 AM No comments: