Digitization is creating a second economy that’s vast, automatic, and invisible—thereby bringing the biggest change since the Industrial Revolution.......Brian Arthur 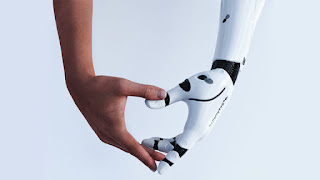 We are creating an intelligence that is external to humans in the virtual economy that is self-configuring, self-organizing and self-destroying.

Business processes that once took place among human beings are now being executed electronically. They are taking place in an unseen domain that is strictly digital, quietly, almost unnoticeably, transforming the economy and bringing new social classes to the pyramid

For every trees above the ground, there are miles of roots underneath, all interconnected with one another, “communicating” with each other.

The once employed by several Job descriptions at the Airport are now conducted entirely by artificial intelligence that are checking your flight status, connecting flights, your travel history, your seat choice and your name with National Security Agency.

The components of external intelligence can’t easily be privately owned as they slide into the public domain they develop into new business models.

A model similar to the printing revolution of the 15th century when internal manuscripts owned by monasteries and churches were made public with prints that resulted in an explosion of knowledge, theological ideas and science.

For Management, engaging younger workers and responding faster to oppotunities by creating a “shadow board” — a group of non-executive employees that works with senior executives on strategic initiatives.


Posted by Emmanuel Sodipo at 11:09 PM No comments: