Radio and Television ..... have succeded in lifting the manufacture of banality out of the sphere of handicraft and placed it in that of a major industry.................Nathalie Sarraute 1902-99 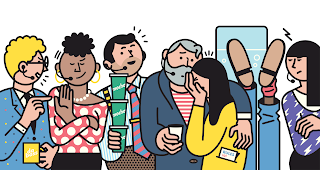 The best leaders are experts. Influence is less about selling and more about leading, which requires high levels of confidence, which in turn requires knowledge and experience. This concept can be expressed mathematically as
Knowledge + Experience = Confidence to Lead. You can control the first part of the equation; the second comes with time.

Form an opinion; Expertise leads to confidence, while helping others leads to trust which leads to sales.

Facebook
71% of adult internet users/58% of entire adult population. Usage among seniors continues to increase. Some 56% of internet users ages 65 and older now use Facebook.
Women are also particularly likely to use Facebook compared with men, a trend that continues from prior years.

Twitter
23% of adult internet users/19% of entire adult population.
Twitter is particularly popular among those under 50 and the college-educated: men, those ages 65 and older, those who live in households with above average annual household income, college graduates, and urbanites.

Instagram
26% of adult internet users/21% of entire adult population.
Almost every demographic group saw a significant increase in the proportion of users.
Most notably, 53% of young adults ages 18-29 now use the service. Besides young adults,
women are particularly likely to be on Instagram and those who live in urban or suburban environments.

Pinterest
28% of adult internet users/22% of entire adult population
Women continue to dominate the site: fully 42% of online women are Pinterest users, compared with just 13% of men.While Pinterest remains popular among younger users, other demographic groups include those living in the lowest- and highest-income households, those withat least some college experience, and suburban and rural residents.

LinkedIn
28% of adult internet users/23% of entire adult population
The site continues to be particularly popular among college graduates, those in higher-income households and the employed. College graduates continue to dominate
use of the site. It is the only platform where those ages 30-64 are more likely to be users than those ages 18-29.

People who are social support providers “altruists” are more likely to be successful influencers.

Posted by Emmanuel Sodipo at 3:16 AM No comments: