Ideas in the Air


Saturate yourself through and through with your subject . . . and wait. —lloyd morGA 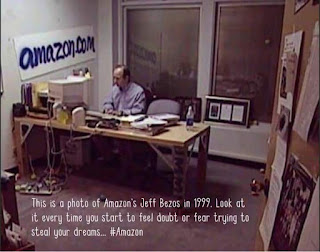 Are There Ideas in the Air? There are several scientific discoveries made by separate people working independently in different parts of the world at around the same time.

These coincedences raises the possible question— are there ideas/inspiration “in the air?
If So;

Why can’t that person be You?

These ideas “in the air” are waiting to be snatched up by the right person at the right time in history,
Some Ideas Discovered :

In order to “receive” the ideas in the air, you have to deliberately and consciously scan your environment for ideas that arerelevant to your task.

Nothing or Nowhere is Useless; Wealth or Poverty, Urban or Rural, Extrovert or Introvert............just be a Willing Vessel

Capture the Ideas in Your Environment


Posted by Emmanuel Sodipo at 8:45 PM No comments: